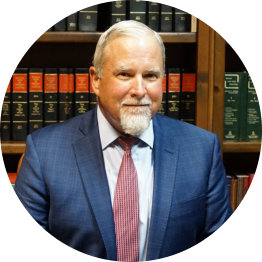 Thomas ("Tom") Roach has lived in Canton, Georgia his whole life. He graduated from Cherokee High School, attended Mercer University and Cumberland School of Law. Upon earning his Juris Doctor, Tom returned to Canton and went to work for his father, Andy Roach, his cousin, the late Judge Mike Roach, and Billy Hasty. Soon after starting his practice Tom became the general Counsel for the Cherokee County Water and Sewerage Authority and the City of Ball Ground, Georgia. In 1991, Tom was hired as general counsel for the Cherokee County School District. Tom is honored to continue to provide legal services to those same clients more than 29 years later. In addition, Tom has conducted hundreds of civil matters, motions and trials, including family law matters, real estate litigation, condemnations, commercial litigation, business litigation, as well as assisting in obtaining the largest civil judgment at the time in Forsyth County.

Tom is a graduate of Leadership Cherokee, has served on the Board of the Canton YMCA, and the Mimms Boys and Girls Club. Tom currently chairs the Cherokee County Indigent Defense Council.

Tom's reputation in the community as an effective and ethical advocate has resulted in long-standing relationships with his clients.